INTERSOS Hellas on the 98.4 radio about the challenges of Ukrainian refugee travel 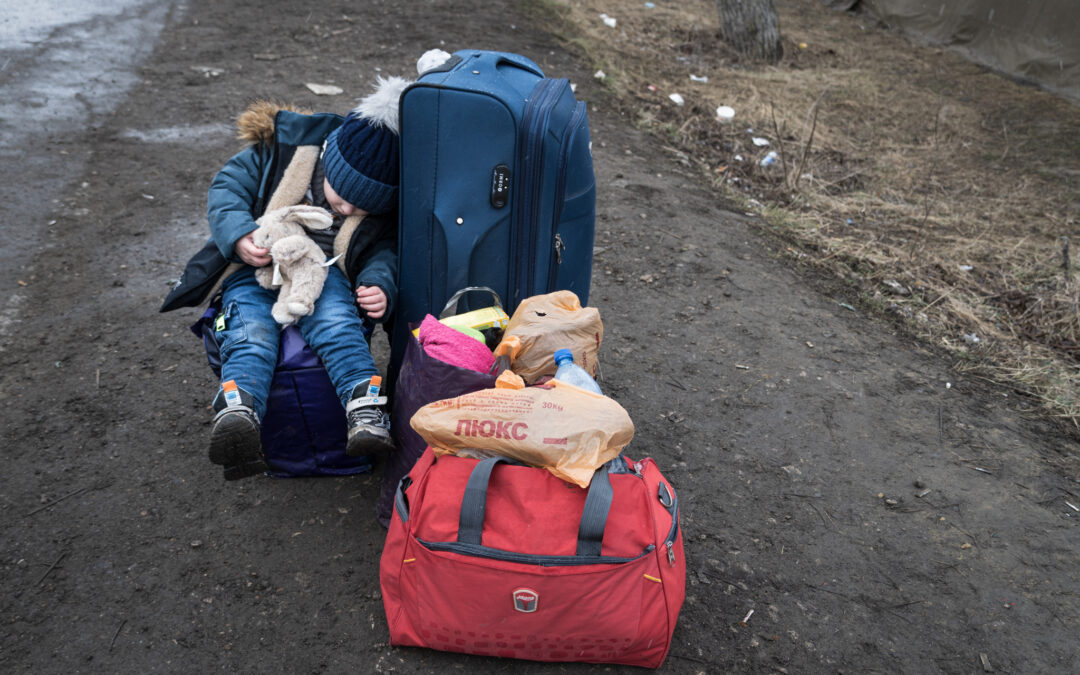 Dr. Apostolos Veizis, Executive Director of INTERSOS Hellas, spoke with the journalist Giorgos Sahinis on the radio station 98.4, discussing about the critical hours experienced by the displaced from Ukraine, their journey to Moldavia and to other neighboring countries, as well as the new serious issues arising for the fate of this people. 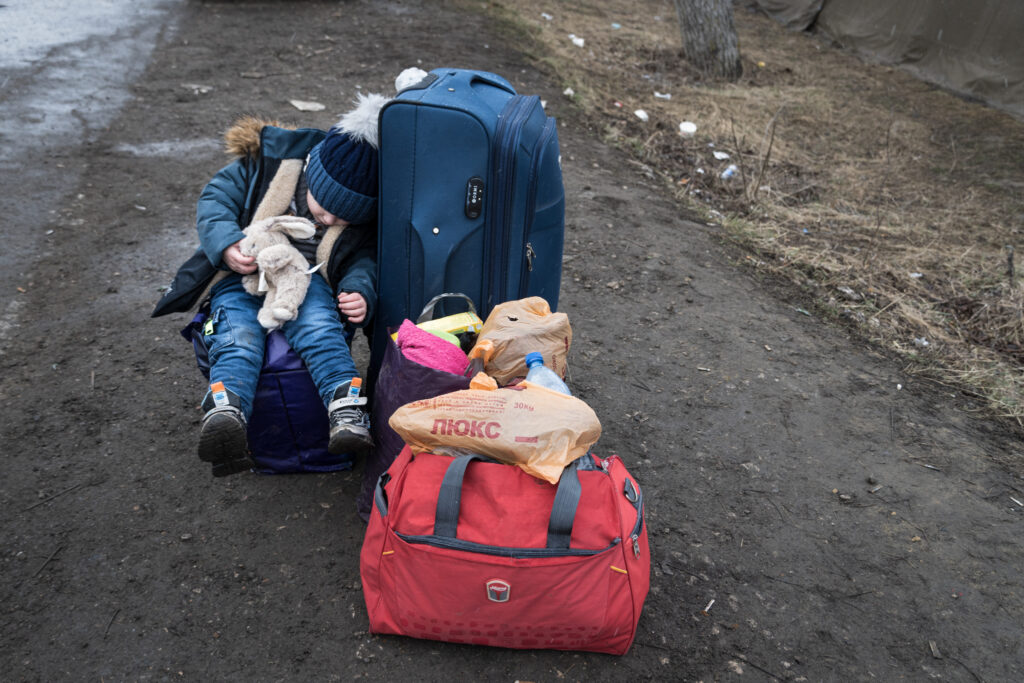 «When more than 400,000 people have passed through Moldavia, it is the largest number of refugees in comparison with the population of Moldavia, a country which despite its poverty, has also a constant fear due to the independence issue of an area that wants to be connected with Russia. Of the 400,000 people who have crossed the borders, 100,000 have remained in Moldavia. They have not stayed in camps but in houses, in very poor houses where the oweners despite any deprivation they open their doors, their hearts and accept refugees. It is so touching to see a very poor country making this great effort which various European countries with values and money have not made over the years.

Our team is now in Ukraine trying to support the various hospitals while also witnessing the displacement of people. 44 million people are on the move. We are in Palanca and Tudora, at two entry points into Moldavia, to the south near Odessa. Yesterday, on the border with Moldavia, there were thousands of people coming from the Nikolaev region because it had been bombed by the Russians. The mayor of the city ordered the women and children to leave. Yesterday, there was a lot of people coming here and this is continuing also this day, which means that things are becoming more difficult for Odessa, so we will have more people on the move.

The majority of people arriving at the moment are women and children. Compared to what happens in Poland, on the cars one can see stickers on which the word “children” is written, with women or anyone else driving a car in order to take the children somewhere in safety. The rest of them are arriving on buses and the only thing one does when they stop is to burst into tears for two reasons: One is that they saved their children, but the second is that they feel remorse for leaving their home behind, their husband fighting, and at the same time they feel that at the moment their life is barring a suitcase in hand with a very long way to go without even knowing where you are heading to. And really, when you are crossing the borders between Ukraine and Moldavia, you immediately wonder where you will end up, despite the fact that we strive here on the border to work as a bridge, to show the solidarity of all the other people who support us and give us the opportunity to be here.

According to my opinion, the approach of Europe at the moment remains theoretical, having stated that it will provide and will do everything in possible for the Ukrainians, that it has spread widely its solidarity to protect them all, when in fact people get on the buses and they end up in big cities without having a clue about what’ s coming next. There is no such information, so we are in a place where people are being taken away from a war zone and are being left somewhere, but the European leaders forget that the next day these people will need to feel safe, to know that at some point someone cares about them, someone is taking them seriously.

We are talking about children and women who will need psychological support, people who will need to continue their treatment such as cancer patients, people who need dialysis, people who want to go back so as to find out what’ s happening back home. It’s a situation in which security as we truly mean it, it does not seem to be provided to these people as it should be. And of course, there’ s a crucial issue here: because among them one sees that there are other third-country nationals who are not being treated in the same way and this comes once more to show who is and who is not a real refugee in the eyes of Europe. With this move, Europe has shown at least that it can do things verbally and politically, however, on the other hand it has shown that it is not ready or able to help even if it has money and may have mechanisms that are lagging behind. We keep being are under the impression that “we will do things step by step”, well I do not think that Europe is prepared for the large number of people who continue to cross its borders.

If we are waiting for the war to end so that people can go back, well there is a big issue. I do not believe that these people will go back. Think about the fact that many of them will lose their fathers, their husbands in the war. So, is there any hope left for them to go back?

Every war situation in an area has the same taste, with people being displaced, getting desperate, in pain, facing death, etc. Each area deals with the corresponding consequences. To be able to reduce these effects one must have a preparedness mechanism in order to respond.

There are too many war orphans. And the European mechanism will have to be activated at some point. Things in theory are very easy, such as “we are ready, organized”, but in practice it turns out that there is a gap. In addition, there is a lack of coordination. There are too many actions around the world because in such humanitarian crises one must avoid what is called a ‘ ‘humanitarian circus’, which means that coordination is needed.

In case of a war, refugees flee away. That’ s the first step, and the second, is that of integration which is the most difficult part. We have to think carefully where these people will end up so that they can be supported and have at least a positive perspective for some time to make their own plans for the next day. When the war stops, this part at some point we should contemplate it as societies. How would we really respond to a crisis in Ukraine, Greece, Europe or somewhere else? I think there are various humanitarian mechanisms that we should better activate for the benefit of these people, for our own sake and for the sake of society itself.

In Ukraine, what hospitals really need are medicines in order to use them on a daily basis because their distributions that usually came from Kyiv to the cities, now they have stopped. There is a great need for medicines for the injured, which means that these are special kits that in cooperation with WHO we try to make them available. For people arriving in different European countries, they need to continue their treatment for chronic diseases and their health problems due to their exposure to the cold and adverse living conditions. And of course, those displaced inside Ukraine need daily medical care.

I think that the coordination of various actions, the allocation of money to the organizations is easier in practice because at the same time it will give the possibility to buy from local shops supporting the economy there and it will settle things more easily tackling the difficulties so that various products will not just end up in some warehouses. It is not very easy to transport a lot of things inside Ukraine but in consultation with local organizations and volunteers on the other side of the border we try to help to the benefit of the people who need it. I believe that under these circumstances, financial support to organizations is a better way on an emergency basis. Later, additional things can be added to this effort, in combination of course with the needs that exist on the other side.

Τhe pandemic has been forgotten because of the war, although we must not miss the point. When there is a war, I do not think we should forget everything else. Priorities are organized by society itself. Because many battles must be fought together at the same time. These people at the moment are also needing to be vaccinated. Situation management, and health first of all should be a priority while other interests should be put aside. Unfortunately, health is also perceived from a political point of view, but there is room for us to change that».

Listen to the interview here: https://www.radio984.gr/post/ap-veizis-apoysia-makrochronion-politikon-stin-anthropistiki-krisi-stin-oykrania/?fbclid=IwAR14NTl9-cBOct4ypZ9g9dE4pzT2JFmt7vSZLZHqaj75h5O-soUlQr1wFhc