INTERSOS Hellas on “Alpha 98. 9” about the Ukrainian issue

Dr. Apostolos Veizis, Executive Director of INTERSOS Hellas, spoke with the journalist Dina Moschou on “Alpha Radio 98. 9”, focusing on the war situation in Ukraine and the people of the country who are going through dark hours. 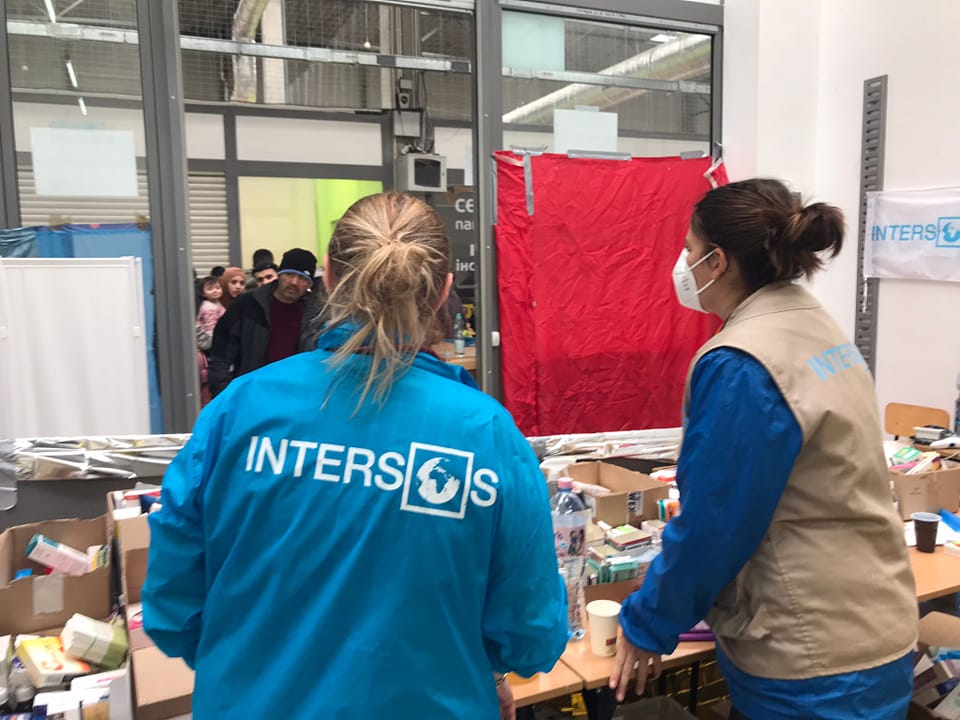 «It is one of the most difficult missions I have had in my 25 year career as a doctor but also as a man who has been on the front line. It’s really difficult because we see families that have been divided. We see dads, grandparents left behind while women and children who have actually traveled for days through indescribable conditions. After a very long stay in the shelters, they stay up to 70 hours at the border to cross and enter in European ground where they can feel safe away from the war, but they keep wondering what the future holds for them.

From the early days of war we were on the border between Poland and Ukraine at Kutskovo, where 8,000 people cross the borders every day. We have set up our own clinic. Colleagues have been left behind at the clinic while the second group of professionals has moved to Moldavia and are at the entry point where people from Odessa are flocking. The main problems there have to do with children. We are talking about a lot of children who do not speak, do not express themselves, do not cry because in fact they are shocked. They are dehydrated, and all this time they did not have proper nutrition. Their psychological state is very aggravated, the same thing happens with women who when talking with journalists and hear the definitely wrong question “what do you do?” or “where do you come from?” burst into tears, because they know they had to leave their country in their effort to save and support their children. We have heard mothers imploring us, “Take our children away! Save them! And we will go back” to make sure that they have a future back at home.

The most important question is what happens to the people left behind. More than 44 million people are left behind who have either been displaced or trapped and the needs are enormous. We are trying to find a way to support those who were left behind in Ukraine. And secondly, I hope that Europe will show different reflexes in order to handle this issue. Neighboring countries should not be turned into places where people will be trapped without having a future.

Therefore, the “burden” must be shared among different European countries. And of course, apart from the good words that are being said e.g. “Ukrainians are welcome and we will provide them with everything”, well the reality is not exactly like that. Yes, they receive some sms telling them that “you will have free health care regarding a visit to the doctor, but when medicines have to be prescribed then unfortunately, the question that arises is if this person has PAAMKA (TSSN) etc. In general, Europe has taken this issue very seriously in theory, but its actions lack of substantial implementation in practice. I think that the specific refugee population that currently exceeds 1,700,000 people, needs care and we are talking about children and women in a very difficult psychological and physical situation. There are people who suffer from health problems for many years and have not been diagnosed recently because they can’t buy medicines or go to the hospital.

We are talking about very difficult cases of cancer patients, people with diabetes who need insulin, people with epilepsy, people who arrive in wheelchairs so as not to be left behind. This is very difficult because one sees it happening next to them. Of course, my experience shows that this picture isn’ t any different whether you are in Syria, Yemen or Afghanistan. They are the same people with the same needs. Another thing we have witnessed at the borders of Ukraine has to do with Europe’ s unforgivable mistake: the fact of not accepting people who are not Ukrainian citizens but they live, study or work in Ukraine. We are talking about people from all over the world. They are mainly from the neighboring countries of Ukraine, countries of the Former Soviet Union, many students from Latin America, etc. and because they have a different color skin, they are being treated in a completely different way. Therefore, I believe that it is important in times of crisis to truly show solidarity to EVERYONE.

At this time of crisis, 3 particular steps must be taken: Firstly, the organizations that are already there should be supported so that they can stay and continue their action. Secondly, there is the possibility of connecting with local organizations because imagine that the purchase of various products in neighboring countries such as Poland, will have a lower cost for products which need to be gathered. Thirdly, when we organize humanitarian aid, whether it is food or medicine, it is important to record in their own language the expiration dates and what each box contains. In other words, there are boxes from all over the world that contain a mixture of things and need days to be properly sorted and distributed.

For example, after the tsunami, the Indonesian government had thrown away 72 tons of humanitarian aid, either because it was expired or because it was something they could not understand. So, it ‘s crucial to connect with the Ukrainian communities living in Greece or even in Ukraine to get to the people medicines that they are in dire need of, such as for chronic diseases, for diabetes, hypertension, medicines for cancer patients, hygiene items, food for those who left behind, material to support hospitals for the casualties. I think that if these steps are taken in coordination because only good will is not enough, we should make this effort in such a way that useful things, products, medicines reach to the people there. May these people not be forgotten as well as all those in need!

At the moment, regarding the Ukrainian crisis, we are on the border between Poland and Ukraine, Moldavia and Ukraine, and the third attempt that is being made now is to be able to transport medical supplies in Ukraine. INTERSOS is currently intervening in more than 25 countries».