Gender-based violence: after years of abuse, Naomi seeks a future in Greece Copy 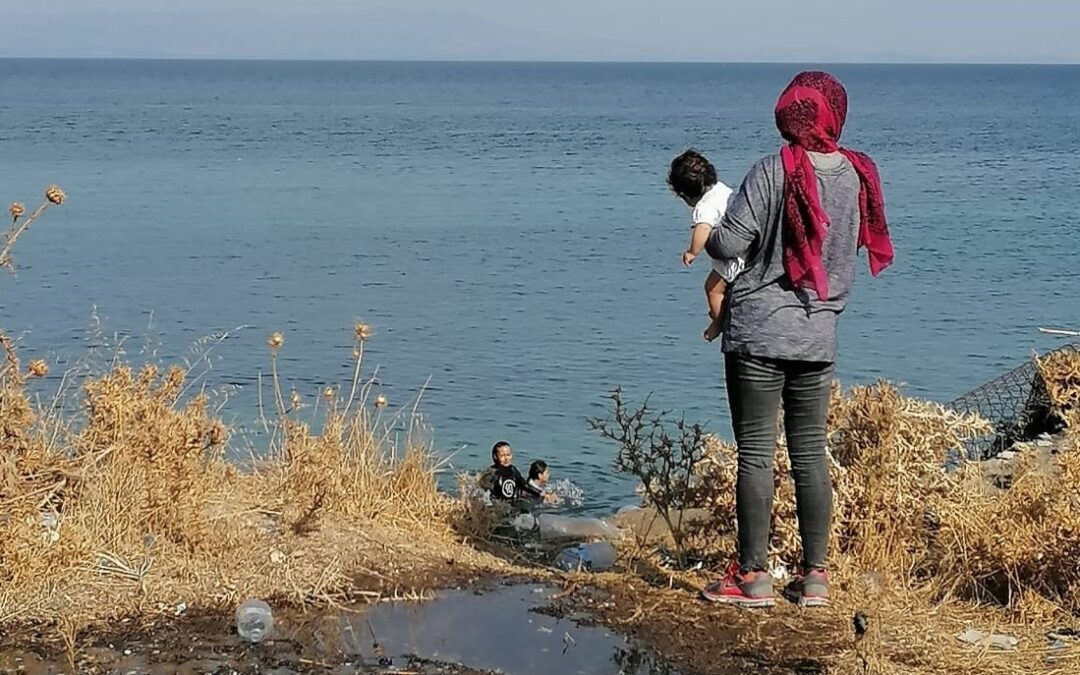 She fled Nigeria and terrible suffering

Our staff met her in Athens, where they help her with food distribution and psychosocial support

Naomi is sitting on a mattress in her room in Athens. A closet, an armchair, an old mattress on the floor, and her things in some plastic bags. She sprinkles with oil her one-year-old son Lord, who never stands still. She tickles him and smiling says, “In Nigeria, there was no money to go to school. When I was six years old, my mother, a “businesswoman,” sold me to a woman who took me to Ghana. Even there I could not go to school, I had to take care of her children and work in the house until the evening. This woman used to beat me; I was very afraid of her.”

Naomi is 33 years old and she’s Nigerian. We met her in Athens, during the food distribution we do as part of the “Food for All” project together with the Migrant Forum. After years of violence and suffering, she arrived in Greece, where she is struggling to have a better life for herself and her son. Vulnerable and alone, she recounted how she managed to escape the woman who exploited her when she was about 30 years old. “I ran away alone, without a penny in my pocket: I went to different countries, but everywhere there were problems with men.” In Iraq, a couple locked her in a room and forced her into prostitution. “I needed sex to survive.” On her body, Naomi has signs of abuse and an ugly scar on her chest, “A man bit me until I bled.” Then she became pregnant due to a man who would not use a condom. But fortunately, a friend helped her escape. Naomi hoped to arrive in Greece and build a better life, but it didn’t happen.

She lived in the Moria refugee camp in Lesvos, where she gave birth to Lord. When the camp was closed, they moved to Eleanos camp in Athens: “It was terribly hot in the metal cabins and cockroaches were everywhere.” After three months in the Eleanos camp, Naomi received a residency permit. However, this meant she had to leave the camp and take care of herself.  “At the end of June, the police suddenly showed up at the door and threw me and my baby out. I was desperate, I didn’t know anyone here, I had no money, what was I supposed to do?” She slept in parks and searched for food in bins until a Ghanaian woman who saw her crying offered her a room to rent. “I worked hard because I had to put together the rent of 150 euros a month.”

A fluorescent yellow jacket hangs on the windowsill to dry. Now Naomi works at a bus cleaning company: six days a week, from 9 p.m. to 4 a.m., for 600 euros a month. “Lord stays at the babysitter’s house who costs 150 euros a month,” she says. “When I come home, I sleep for a few hours and then I fetch Lord. I hate leaving him with someone else.” Sometimes, if food isn’t enough, Naomi grabs something to eat from her roommate or looks through the garbage to find something edible.  “Lord wants milk, he pulls down my blouse and grabs my breast. But unfortunately, considering the poor diet, I don’t have any milk left.” Suddenly, she received a phone call from a refugee in the camp she knows. Then she starts shouting: “Leave me alone, don’t call me anymore! He thinks he can still take advantage of me,” she explains, “but I really want a better life for me and for Lord! Sometimes I pretend to be asleep, and he comes and gives me kisses. I am fighting for a better future for him.”