Joint letter: 37 organizations express their strong concern about the situation of LGBTQI+ asylum seekers in Greece 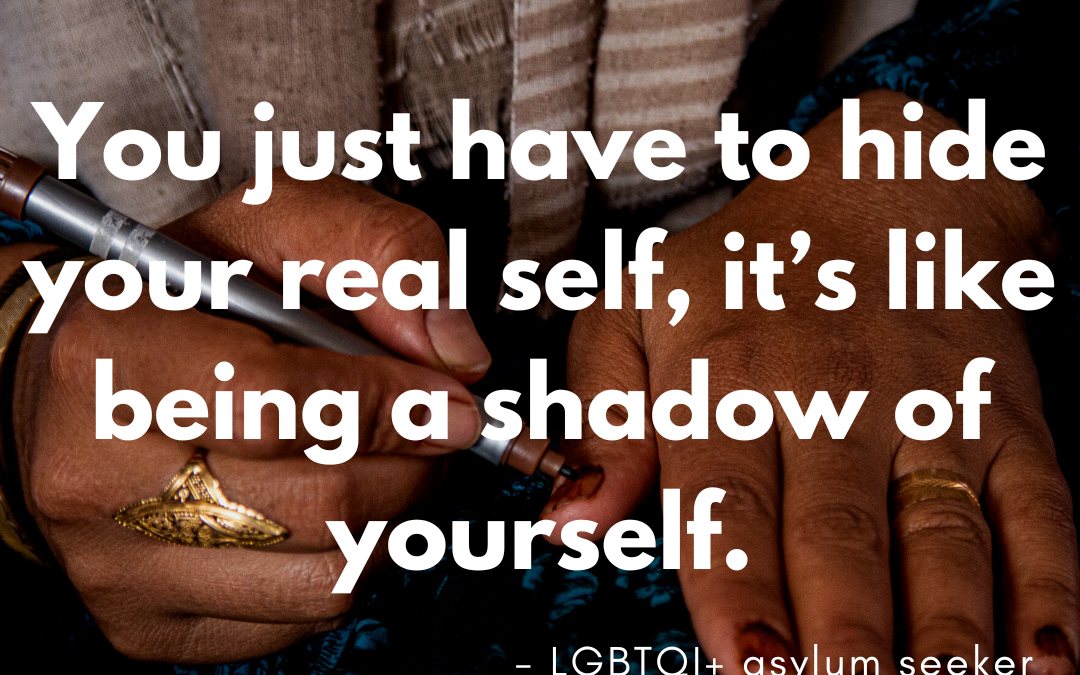 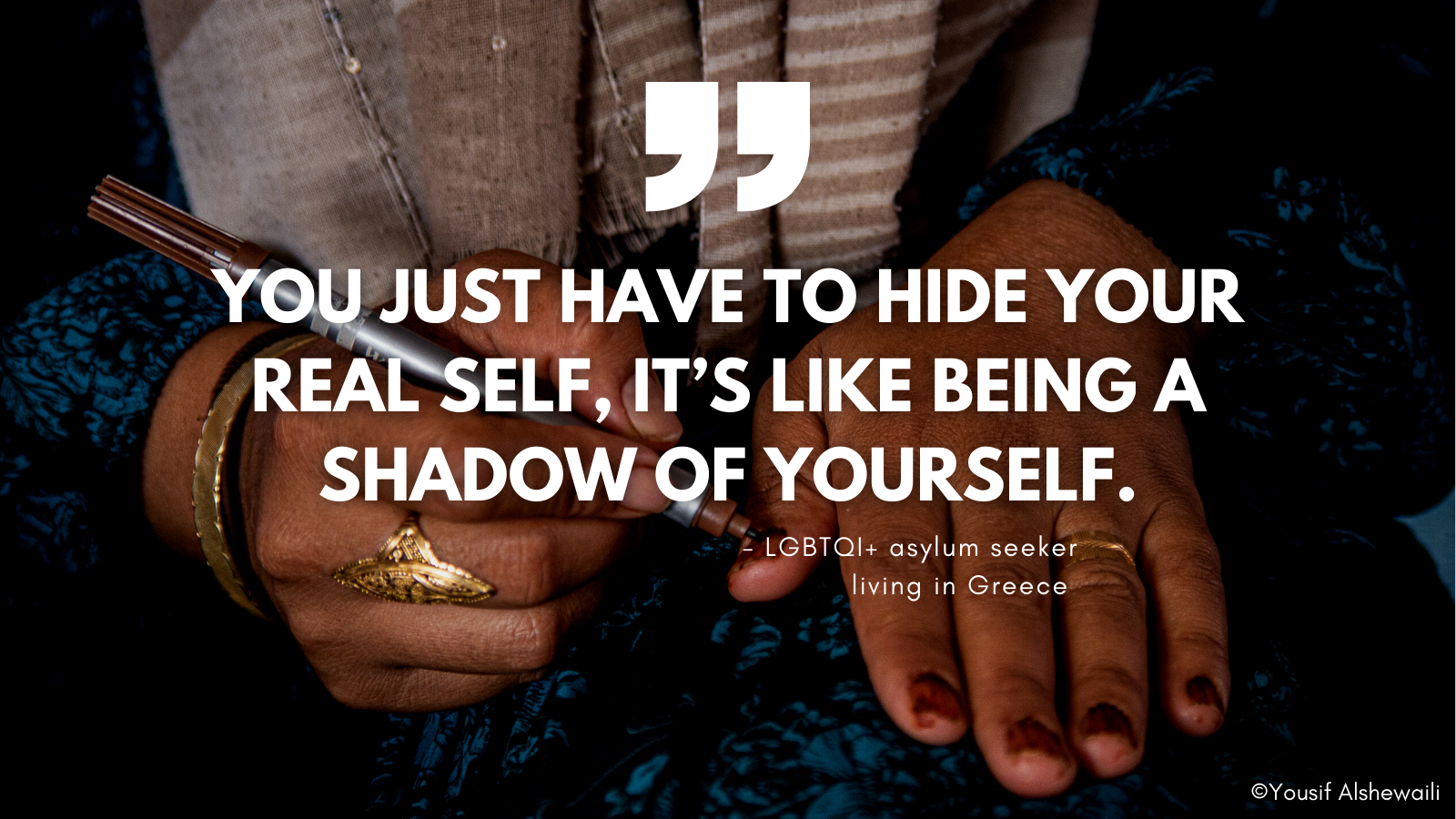 In light of information collected through input from numerous organizations and focus groups from the community, we are sending you this letter highlighting particular concerns relating to the situation of LGBTQI+ asylum seekers in Greece. We appreciate your reception to our feedback and hope we can continue to work with you on this matter further.

It is agreed that a specific dedicated area for LGBTQI+ people within the camps would not be appropriate as there is a risk of further isolation and stigmatization. Nonetheless, at present Greece is failing to provide appropriate reception conditions for LGBTQI+ applicants. Currently, LGBTQI+ asylum seekers are housed with non-LGBTQI+ people (hereafter ‘mixed housing’). It was widely agreed in the focus groups that mixed housing, particularly in camps, does not allow for the applicant to feel safe or comfortable to be open with their identity. Resultantly, people who have fled their countries are still having to hide and conceal their identity at all times. The following quotes are from LGBTQI+ individuals living in mixed housing:

“You just have to hide your real self, it’s like being a shadow of yourself.”
“Hiding in my country and hiding here, it’s no difference.”

The accommodation offers no respite from the discrimination, threat or stigma, which has potentially severe mental health implications.

Expecting people to conceal their sexual orientation or gender identity to avoid harm is contrary to the applicants’ human rights, as recognized by the European Court of Human Rights, EU Court of Justice and the Greek Special Appeals Committee.

It is therefore recommended that:

1. Where the primary housing is a camp, there should be efforts to ensure that the relocation to a confidential and discreet LGBTQI+ specific housing in the local city or town is an available and accessible option.
2. In cases where it is not possible to relocate LGBTQI+ individuals to specific housing, improvements within the camp setting are needed. For example, ensuring increased privacy or creating safe spaces in camp would be extremely helpful. In addition, accommodation with less people cohabiting in the same space can reduce the risk.
3. Where the primary accomodation is shared housing in a town or city, it should be ensured discreet LGBTQI+ only housing should be available.

Through discussions with affected applicants, it has been revealed that very few of the LGBTQI+ asylum seekers know of, or have had the opportunity to speak with, an EODY psychologist. Those that have stated there were not enough psychologists for the number of applicants requiring support, and the support provided was not specialized in the issues that uniquely relate to LGBTQI+ persons.
It has been further noted that a focal point in RIS, GAS or elsewhere who could be approached if there was a problem, would contribute towards a safer space. The focal point should be discreet and sensitized to LGBTQI+ issues.

In line with these observations, it is recommended that:

1. At minimum, training should be provided for all personnel working directly with asylum seekers on the particularities of LGBTQI+ asylum claims (including the Reception and Identification authorities and the designated EODY staff).
2. Additionally, a dedicated focal point with information and referral services for psychosocial support for LGBTQI+ applicants be set up in each camp.

The detailed process required to assess asylum cases on the grounds of sexual orientation, gender identity, gender expression or sex characteristics (SOGIESC) can be undeniably difficult for the applicant, particularly where a person may have to relive trauma. It is recognized and understood that a thorough process is necessary to fully assess the claim. Nonetheless, it is possible to conduct such an assessment without causing further traumatization.

On account of the personal and sensitive nature of the claim, LGBTQI+ applicants are afforded special protections under European and Greek law. The European Union, through case law at the EU Court of Justice as well as the EU Directives, provide clear and comprehensive standards for these assessments.

Unfortunately, it is currently being noted that these standards are not being adhered to. A review of the transcripts of LGBTQI+ applicants since 2021 has shown repeated examples of procedural violations and prohibited questions contrary to European Union law and international standards. The EUAA, European Commission, representatives of DG HOME and MEPs have also been contacted regarding these issues.

Prohibited Questions
Firstly, LGBTQI+ applicants have been asked questions which are expressly prohibited under EU and Greek law, in particular with regards to questions relating to sexual practices and behavior.

Prohibited questions that have been asked include:
I. “Did you have a sexual relationship with…?”
II. “Did you get any stimuli to find out?”
III. “Since you love it so much, what is the reason you haven’t practiced here in Greece?”
IV. “How did you feel when he was touching you?”

Secondly, the Asylum Procedures Directive states that applications should be examined and decisions taken, “individually, objectively and impartially”. Presumptive, collective decision making, often due to the application of the safe country of origin principle, combined with the potential vulnerabilities and trauma that prevent individuals from sharing certain details of their claim at first instance, prevents a proper individualized assessment from occurring.

Caseworkers conducting the interviews should be sufficiently trained in assessing, and competent in relation to, sexual orientation and gender identity. However, the transcripts of LGBTQI+ applicants indicate they are routinely asked questions which demonstrate a lack of training or understanding with regards to sexual orientation and/or gender identity. LGBTQI+ applicants reported encountering skepticism and prejudice upon sharing their sexual orientation, to the extent it was described as similar to a “forced interrogation”. Questions that fail to adhere to European standards include:

I. “Before proceeding to this sexual choice, have you been aware of the difficulties you’d have to face?”
II. “Since you felt pain, why did you choose this lifestyle?”
III. “You are an educated man. Weren’t you aware that homosexuality is a crime in [Country of origin]?”
IV. “Didn’t that [traumatic] event make you consider your choice?”

The use of stereotypes

Finally, the reliance on stereotypes is of serious concern. Following a judgment at the EU Court of Justice, decisions on credibility cannot be based on stereotypical notions. The judgment further clarified that a decision based on a person’s (lack of) knowledge of LGBTQI+ organizations suggests that the authorities have relied on stereotypes in making their decision. In addition, the UNHCR Guideline no. 9 on international protection states:

“Interviewers and decision makers need to maintain an objective approach so that they do not reach conclusions based on stereotypical, inaccurate or inappropriate perceptions of LGBTI individuals… There are no universal characteristics or qualities that typify LGBTI individuals any more than heterosexual individuals. Their life experiences can vary greatly even if they are from the same country”.

Nonetheless, there are transcripts which are dominated with stereotypical questions, such as:

More worryingly, contrary to the ABC judgment, applicants have been rejected on the basis of stereotypical notions, including on the grounds of a lack of knowledge of LGBTQI+ organizations.

On account of the above, it is recommended that:

1. The Greek Asylum Service issues clear, updated, and publicly available internal guidelines on how to conduct personal interviews for applicants with LGBTQI+ asylum claims in line with European and Greek law to overcome institutionalized practices that result in procedural violations.
● The guidelines should cover the standards set out by the ECHR, the CJEU and the EU Directives on assessing LGBTQI+ claims and should include a shift in the terminology that is respectful of the diversity and individuality of each person.
● The guidelines should acknowledge the intersectional identity of SOGIESC applicants and provide a background understanding of SOGIESC identities in a cross-cultural context to avoid Eurocentric expectations and reliance on stereotypical notions.toga
2. The template of questions used by caseworkers in the credibility assessment should be updated to adhere to international, EU, and domestic standards and exclude prohibited or problematic questions such as those mentioned above.
3. Caseworkers are provided regular and up-to-date training on the particularities and vulnerabilities of SOGIESC asylum claims (in line with the Asylum Procedures Directive), the legal standards, and practical information on conducting assessments with a respectful and well-informed approach.

We thank you for your continued attention to this matter. We remain at your disposal for any further clarifications and continued discussions.

[8] United Nations High Commissioner for Refugees (UNHCR), ‘Guidelines on international protection no. 9: Claims to Refugee Status based on Sexual Orientation and/or Gender Identity within the context of Article 1A(2) of the 1951 Convention and/or its 1967 Protocol relating to the Status of Refugees’ HCR/GIP/12/09, 23 October 2012.