The actions of INTERSOS Hellas for 2020 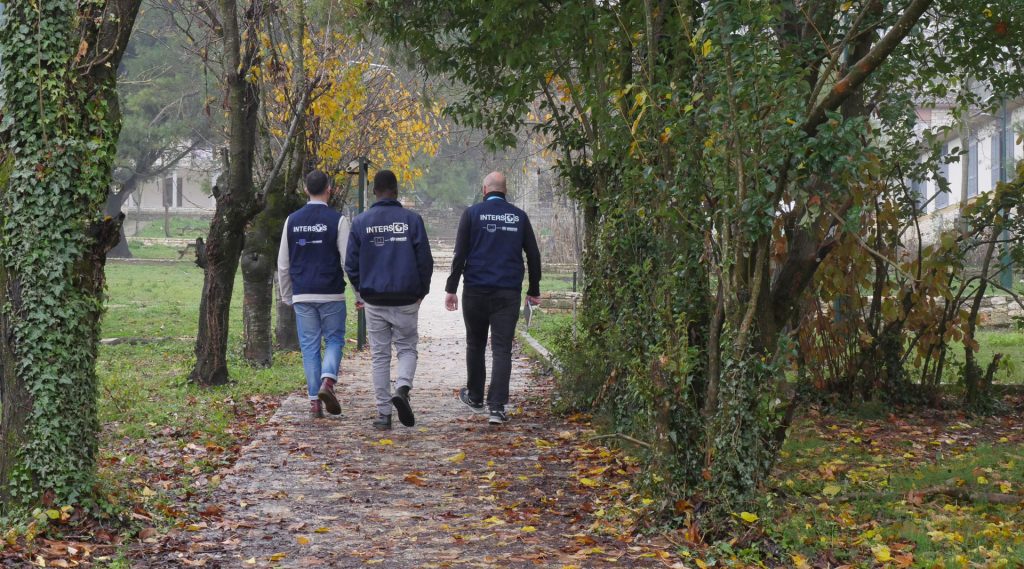 INTERSOS HELLAS is a non-governmental humanitarian organization that promotes the values ​​of solidarity, justice, impartiality, human dignity and equal access to opportunities for all people without discrimination on the basis of age, gender, diversity. and with particular emphasis on ensuring greater assistance to specific vulnerable groups of the population. 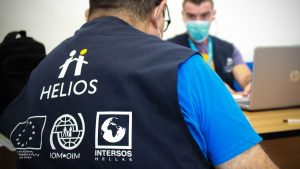 INTERSOS Hellas through the ESTIA program contributed to the achievement of the UNHCR goal to create reception places through apartments in Thessaloniki, Ioannina and the complete reconstruction and management of the former kindergarten “AGIA ELENI Ioannina” in Zitsa which was designated as a newer monument.

During 2020, INTERSOS HELLAS provided comprehensive protection and support services to asylum seekers referred by the Ministry of Immigration and Asylum through the UN High Commissioner for Refugees in the respective accommodation facilities that were set up.

In addition to providing safe and dignified accommodation to people, they were supported by social workers/social scientists, psychologists, and interpreters who offered psychosocial support.

In addition, access to regional agencies and services (hospitals, DEKO, schools, banks, etc.) was facilitated through escorts and referrals. Two service centers were set up in Thessaloniki and Ioannina, respectively, where apart from the visitors, organizations such as the UN High Commissioner for Refugees and the Red Cross were hosted for the parallel program of financial support for asylum seekers and other cooperating agencies’ services.

INTERSOS HELLAS contributed to the effort of asylum seekers and refugees to integrate into greek society by providing professional counseling activities. 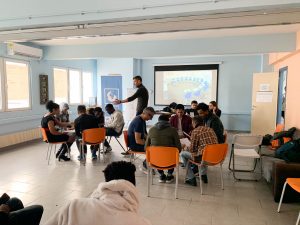 From December 2019 until today, INTERSOS HELLAS participates in the pilot program HELIOS of the International Organization for Migration (IOM). HELIOS is a program for the integration of beneficiaries of international protection (refugees and beneficiaries of subsidiary protection) in greek society in order to strengthen the prospects of independence and autonomy of the beneficiaries by making them active members of Greek society. And on the other hand, one more main goal achieved was creating a specific integration mechanism for groups that will also function as a rotating housing mechanism in the already existing temporary housing system of Greece.

This enhances the ability of beneficiaries of international protection to live independently by supporting them through independent housing in rented apartments in their name, providing them with contributions for rent and relocation costs, as well as networking with apartment owners. The integration courses are held in Integration Training Centers all over the country, for 6 months with learning the greek language, having professional and cultural orientation, cultivation of skills, readiness for work with regular evaluation of their integration progress even after the end of the HELIOS project.

INTERSOS HELLAS has been selected as a collaborating body of the International Organization for Migration for the implementation of the component of the program that concerns the housing support in areas such as Epirus and Thessaly as well as the support of project beneficiaries who come or live in East and North Aegean islands through IOM referrals. 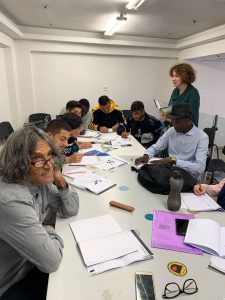 As a partner of IOM, INTERSOS HELLAS under the project is called upon to locate apartment owners who are interested in renting apartments directly to the beneficiaries of the program and to notify in time the IOM of the details of the apartments located in Thessaly and Epirus.

To achieve this goal, the staff of INTERSOS HELLAS supports the initial registration of the beneficiaries in the program and offers accurate information regarding the part of the rent subsidies to the project beneficiaries throughout the implementation period of the program. Then, all the necessary steps are taken diligently and in a timely manner in order to collect and verify the necessary supporting documents for the disbursement of the rent subsidy installments to beneficiaries based on the agreed project procedures provided by the IOM. Furthermore, it supports beneficiaries in opening bank accounts in Greek banks and makes all necessary referrals to specialized service providers, including public authorities and private entities.

Within 2020, as the HELIOS project is continued also in 2021, about 1543 workshops and sessions have been held, 1415 beneficiaries of international protection have been supported, 1108 of whom have been transferred to apartments. In the period mentioned above, thanks to the support of INTERSOS HELLAS, 363 real estate lease agreements were concluded. 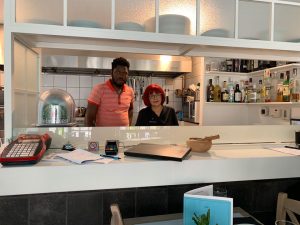 From March 2020 until the end of the year, the greek authorities adopted prevention and response measures to control the COVID-19 pandemic in Greece. In order to ensure the continuity of our program activities, adjustments have been made to the program details so as to facilitate all activities, including referrals and recruitment, refugee and asylum case management. As far as possible, remote access to services was facilitated for the beneficiaries while ensuring that they continued to receive the assistance needed for serious protection and medical problems.

INTERSOS HELLAS, with the support of the UN High Commissioner, proceeded to provide protective equipment to its staff and to distribute protection and hygiene items to 1780 people. Finally, during the confrontation of the pandemic, and during the support of the residents in the hospitality structure “Agia Eleni”, INTERSOS HELLAS already in the spring of 2020 proceeded to the formation of properly equipped spaces within the structure, with a total capacity of 15 people, for the settlement of refugees and asylum seekers of any person diagnosed with the virus.

This resulted in the complete readiness of the structure and the organization for the management and treatment of the confirmed positive cases of the virus in the hosted people of the structure “Agia Eleni” which was restricted throughout September 2020. During this time 347 packages of dry food were distributed to all beneficiaries and in the same time patients were provided with 3 meals a day.

During its activities, INTERSOS HELLAS entered into dynamic collaborations with institutions implementing various humanitarian aid programs, while it had close cooperation with the local government, judicial and police authorities as well as with the representatives of the services of the Ministry of Immigration and Asylum, and the Ministry of Health. 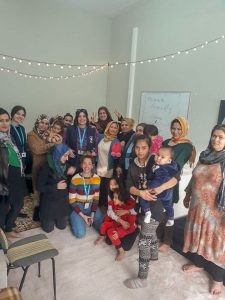 Apart from the above, the projects implemented and being implemented by INTERSOS HELLAS have significantly contributed to the strengthening of local economies affected by the economic crisis through the rental of apartments, their equipment and the reconstruction of the playground “Agia Eleni”. It is noteworthy that special emphasis continues to be placed on the employment and development of skills of local staff to provide basic services in various areas of specialization provided by the projects implemented by the organization. Indicatively, for the years 2019 and 2020, more than 100 people from the local communities where we operate have been employed.