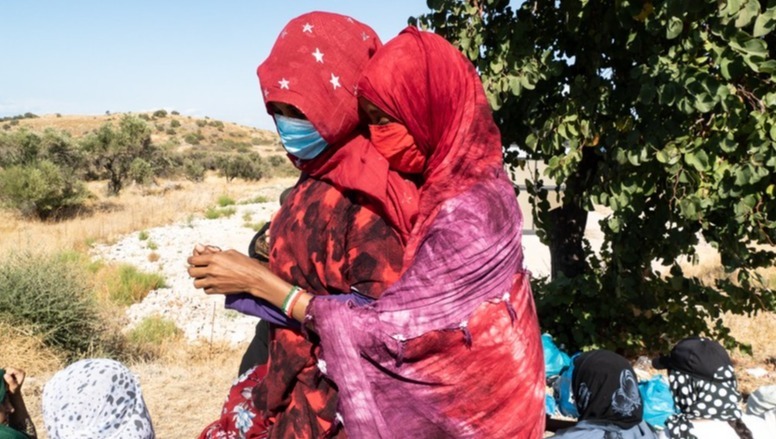 It ‘s been five years since March 2016, when the EU-Turkey Statement was signed, and yet the regime of confinement, mental discomfort and impoverishment for refugees and asylum seekers in Greece still exists.

From this agreement emerged the promise of protection, a promise that in many ways remains unfulfilled to this day. The sense of urgency and uncertainty remains strong from the point of arrival to the point of reception and integration.

In the name of a temporary settlement of the issue and “in accordance with the principle of non-refoulement”, thoughtless actions and unacceptable policies of restraint are repeated.

Therefore, the feeling of despair pushes in search of unsafe routes to Europe, increasing the risk of movement as the cases of exploitation and violence by traffickers multiply, and even in many cases the trip may take a deadly turn.

12,163 people are trapped in a horrible living environment. For more than a year now, in the midst of a pandemic the spaces in five hotspots of island areas remain crowded with the possibility of their gradual decongestion being doubtful. Moreover, many obstacles make it difficult to provide adequate sanitation and psychological support for everyone.

Many displaced people are immersed day by day in despair, “shame” and resentment. There are numerous cases of self-destructive behaviors. In the temporary camp of Mavrovouni, in Lesvos death ends up being considered as a relief, a way of escaping an unjust entrapment.

Mariam, one of our patients, was saved by her brother, Masoud, who stopped their stepfather in the attempt of abusing her. This episode has forever marked their life. They ran away from Afghanistan, together, reaching Lesvos years after. Now, Masoud presents symptoms of psychosis. He is waiting for the last 6 months to receive his decision. Mariam has already refused twice to be transferred to the mainland. She has symptoms of PTSD, and she would highly benefit from a psychological therapy. On the second appointment, she informed her psychologist that she did not wish anymore to continue her therapy. She said “If my brother cannot be helped, I do not want to be helped too”. 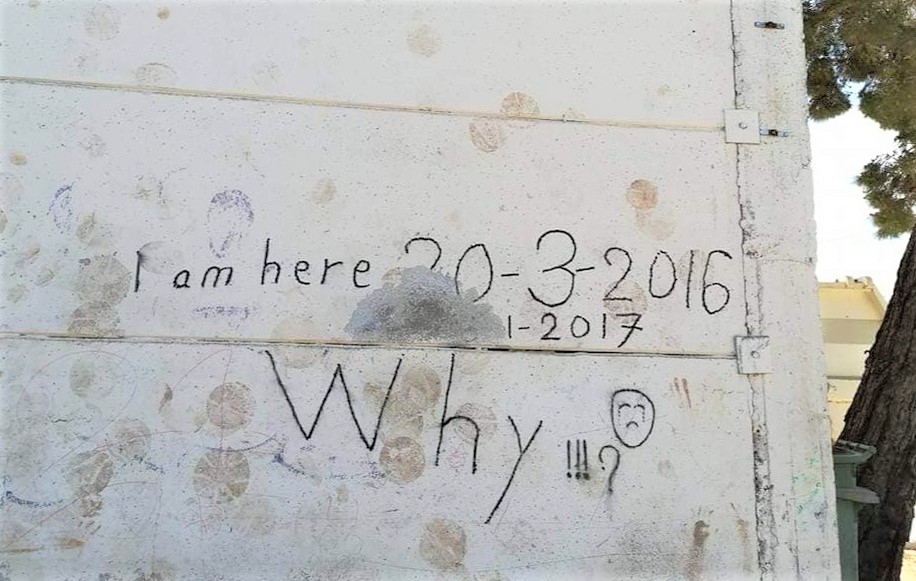 Since February 2021, INTERSOS psychologists and case managers have performed 122 individual sessions, providing mental health support to 31 women. The most frequent mental health conditions among our patients are depressive disorder, PTSD,anxiety disorder and adjustment disorder, often accompanied by suicidal thoughts, ideations or attempts in the past.

Thus, in addition to jeopardizing the health, mental well-being and security inside and outside the camps, an equally important imperative emerges: the need for genuine care, respect for the fundamental rights and dignity of refugees and migrants.

The European family has long reasonably raised concerns about what it means to show solidarity and how willingly it can open its arms to those affected by this humanitarian crisis.

Dr. Apostolos Veizis, executive Director of the humanitarian organization INTERSOS Hellas, comments on the subject: «The EU- Turkey Statement, is an inhumane agreement, which has brought pain, death and suffering to thousands of human lives trapped here in Greece. Today, 5 years later, we deal with the huge extent of the humanitarian crisis created by EU policies in the Greek islands. The implementation of this agreement has to do precisely with the persistence of European governments in preventive measures instead of finding viable and feasible humanitarian solutions. All these policies do is increasing people’s misery and pushing them into more dangerous paths. The EU-Turkey agreement continues to be a huge step in the wrong direction, as it formalizes a system that threatens the right to asylum, completely disregarding humanitarian and protection needs. It never worked and it will never work. This is a policy that has only brought pain, sadness and misery to the afflicted people, giving feedback to an unbearable situation that can be managed in a different way, and that is what saddens us».

* INTERSOS has been active in Greece since 2016 with programs for refugees and immigrants. Currently, it is active in Epirus, Thessaly and Lesvos.

* The names of the beneficiaries have been changed to ensure the protection of their personal data.