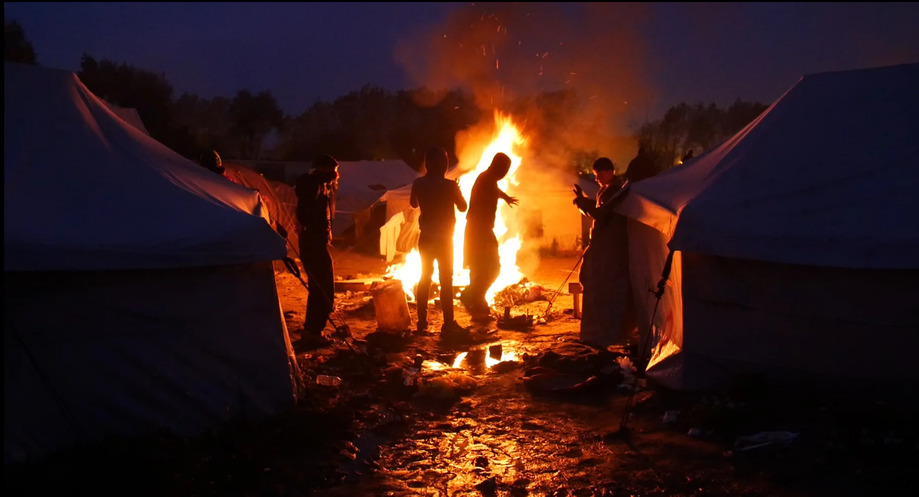 INTERSOS Greece-INTERSOS Hellas was present at the film festival “Dutch Global Health Film Festival” where on March 6, 2021 Tom Laurance’s documentary “On Our Doorstep” was screened, focusing on Calais and examining through a more penetrating eye that part of the refugee crisis which rarely is in the spotlight.

With NGOs excluded due to bureaucratic hurdles and the lack of positive action by French or British authorities, this documentary provides a deeper analysis of the invisible aspects of the popular movement that was enhanced in order to help refugees in Calais and the community which emerged there, before being forced to wither and disappear.

In the discussion that followed, took part also Dr. Apostolos Veizis, Executive Director of the humanitarian organization* INTERSOS Hellas which has been active in Greece since 2016 with projects for refugees and immigrants. Currently, it is active in Epirus, Thessaly and Lesvos.

«I have never been to Calais, but documentaries such as this one, help to change the situation … It brought to my mind images that remind me of Moria or other camps in Greece. And this kind of documentaries motivate people to think, analyze and act in a way that no one has the excuse to say «I did not know».

And solidarity is the answer to many problems. We can show our solidarity and participate in such a change! We can become part of it and employ it as a means of finding a solution. And that doesn’t just mean giving money. The main thing is to take these people into consideration as human beings and not as numbers.

It is not enough to be next to them. In addition to providing proper care, there must be respect for them, for their dignity. It is vital for each of us to take on a share of responsibility. I think and I hope that one day this situation in Europe will change, and that can happen by demonstrating insufficient policies to make governments realize that they have a responsibility to refugees. After all, this situation exists not because Europe doesn’t have the resources but because there is a lack of political will.

Refugees live every day in an unbearable, punitive environment. These people are being “punished” for ‘making a big mistake.’ In other words, they tried to save their lives and reach the greek shores. Imagine that today about 50% of the population trapped in the Greek islands are children and women living in tents and in crowded places without even having access to water and proper sanitation. This is a miserable situation. And I think we have to change that by uniting our voices!».